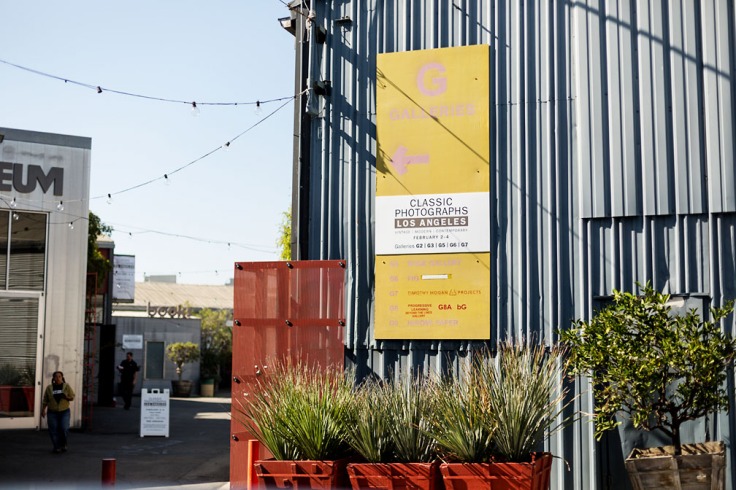 On Sunday, we had the pleasure of visiting the Classic Photographs Show at Bergamot Station Art Center in Santa Monica. Several folks from the Photo Exchange could be seen in attendance, among them Doug Stockdale, Larry Pribble (with his delightful wife Michele), Scott Mathews, and Bill Edwards, in addition to myself. The galleries offered visitors the work of many of the major photographers of the past as well as significant current work. The atmosphere was more intimate than at other shows and therefore very personal, with excellent opportunities for informal conversations.

Contrary to the rumors concerning Bergamot Station Art Center that were floating about, we are pleased to note that yesterday an announcement was made that this important center will continue, in enhanced form. Cheers to the city of Santa Monica and the developers!

As I had reported previously, a number of important galleries were present, as well as some notable publishers, Nazraeli Press and Marymount Institute Press (Elias Wondimu, Publisher, and Theresia de Vroom, Editor). The latter published Judy Dater’s book, Only Human, which she signed in a session that included refreshing conversation (and shared sandwiches. Please, dear organizers, let there be a food truck when the cafeteria is closed on certain days in the future!) I will be reviewing Judy’s impressive volume in The PhotoBook Journal shortly.

For us Californians, especially noteworthy galleries (in addition to fabulous out-of-state ones noted before) were  Christa Dix and her Wall Space Gallery of Santa Monica and Seattle (featuring the work of Aline Smithson et al.), Susan Spiritus Gallery in our very own Newport Beach/Irvine area (who also featured a book signing with Cat Gwynn), Michael Dawson Gallery of Los Angeles, which featured significant items for collectors, including some rare books, as did Stephen Daiter Gallery of Chicago, represented by Lucas Zenk. Rose Gallery, which also has a significant collection and resides at the Center, was also well represented.

And lo and behold, just around the corner in another building is Marisa Caichiolo’s Building Bridges Art Exchange which, though not part of this show, deserves a special mention, as they are currently featuring Tami Bahat’s solo exhibit, “Revisiting Humanity: Secrets and Lifetimes” (only through February 17, with a closing reception at 6 p.m. the last day). Her work is so fascinating that I will be devoting a special article to it shortly.

Enjoy the photos below! 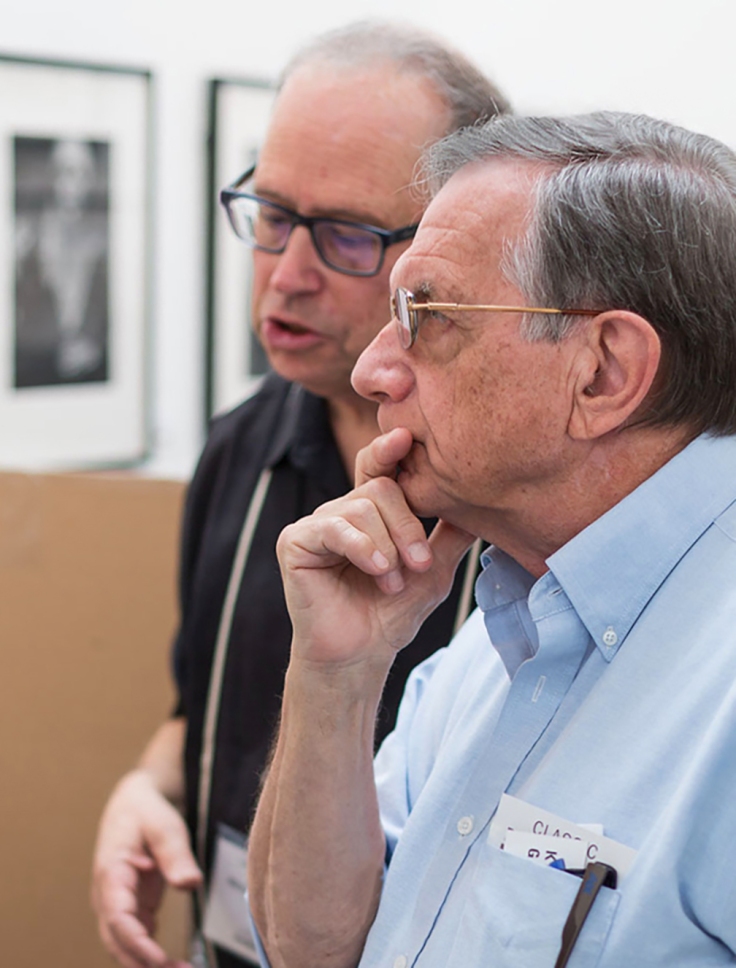 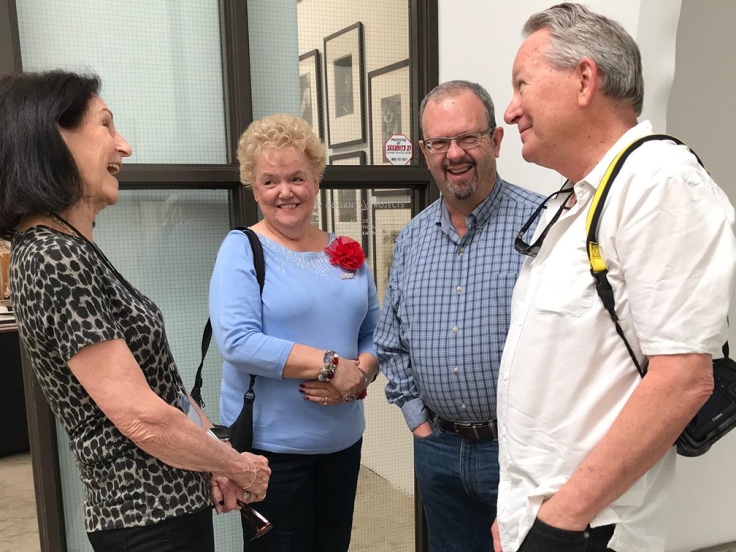 A lively conversation with Susan Spiritus: Michele and Larry Pribble and Doug Stockdale 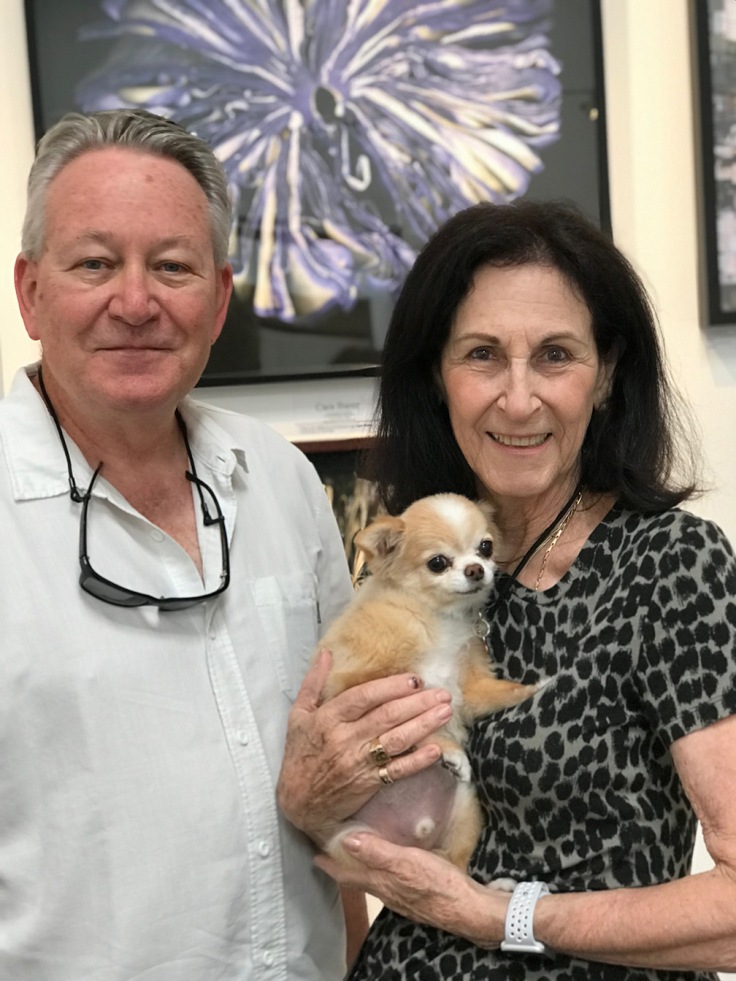 Two Dougs and one Susan Spiritus

Cat Gwynn with her book 10-Mile Radius, a testament to the positive power of art 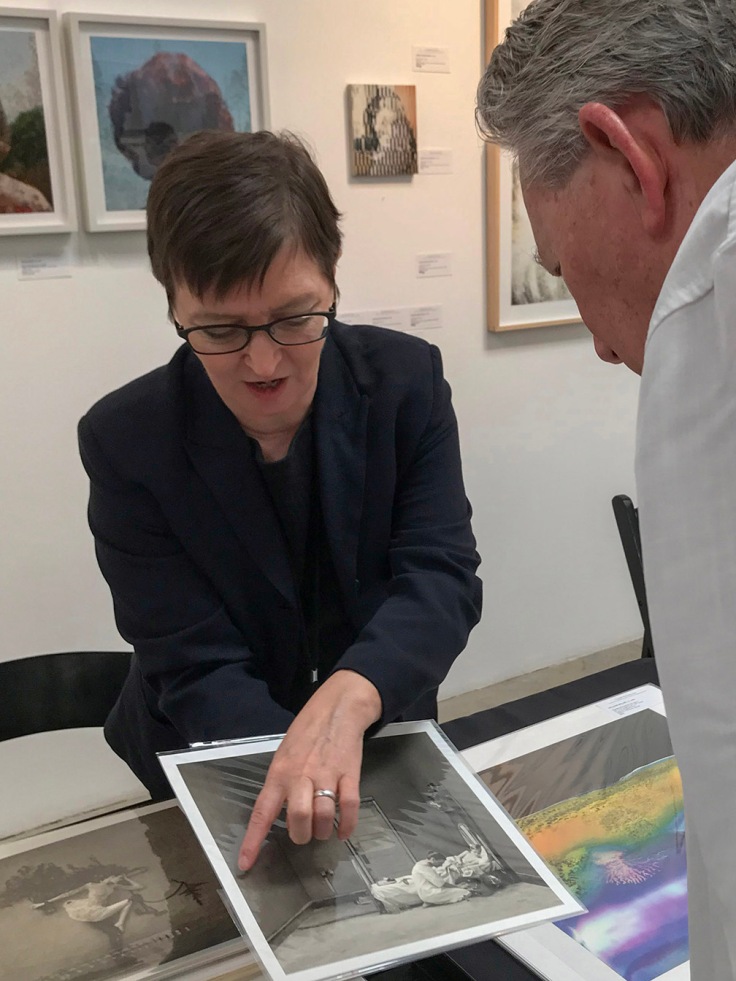 The famous picture by Judy Dater: “Imogen and Twinka at Yosemite, 1974” offered by Scott Nichols Gallery 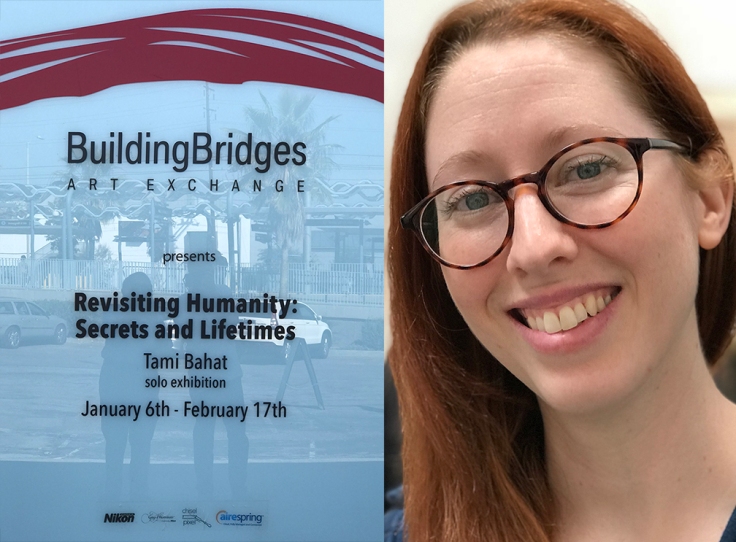