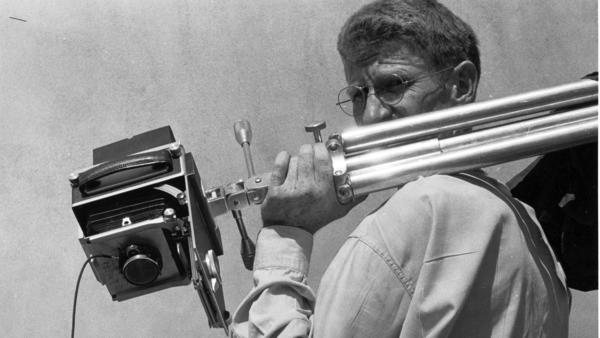 Rondal Partridge, in detail of a photo by Dorothea Lange

This is an extract from the LA Times article about the passing of the photographer Rondal Partridge, whose mother was the photographer Imogen Cunningham. This orbit was published June 29, 2015, and he passed on June 19,2015.

Partridge apprenticed himself to Ansel Adams as a teenager, lugging the master photographer’s heavy equipment up and down Yosemite’s majestic peaks. He also was fired on several occasions, including the time he tied Adams’ shoelaces together and made him fall on his face.

He has said Adams “always jumped over the fence … walked past the garbage. He always wanted to get an immaculate view,” his student once said, “and I spent my life stepping back to include the garbage in my photographic view.” 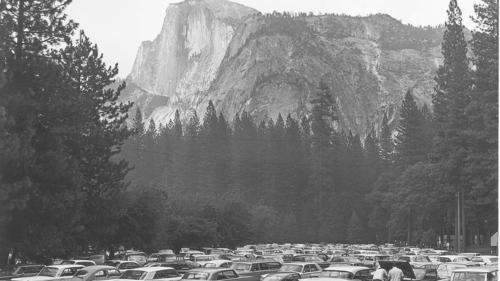 Copyright the estate of Rondal Partridge, “Pave It and Paint It Green,”

Partridge was born in San Francisco on Sept. 4, 1917, and grew up in a bohemian world. His father, Roi Partridge, was an accomplished etcher who taught at Mills College. His mother, Cunningham, was a photographer and free spirit known for her portraits of artists, botanical studies and nudes. She also was a founding member of Group f/64, the influential collective that included Adams, Lange and Edward Weston and pushed for greater realism in photography.Lange paid him $1 a week to be her darkroom assistant and driver across miles of Central California’s back roads, where she documented lives worn thin by the Depression. He considered her a more influential teacher than Adams and took one of his most memorable portraits at a migrant camp like those he visited with her.

In his last years, he devoted himself to mastering hand-coated platinum printing, a challenging process used by his mother that produces archival quality prints. He focused on images of plants, antique tools and dead animals.